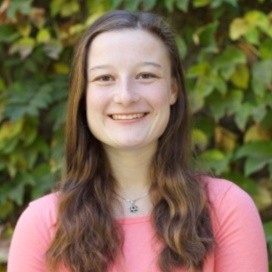 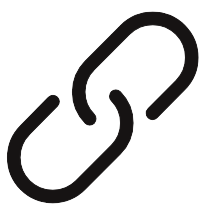 To go or not to go to the Oregon Shakespeare Festival, that is the question!

Unlike music festivals such as Lollapalooza or Burning Man, the Oregon Shakespeare Festival spans several months.

Whether you're a big theatre-goer or have never been to a show before, you won't be disappointed! The festival takes place in Southern Oregon, USA, and is renowned for its world-class theatre.

Before the pandemic, I visited Oregon Shakespeare Festival every year for a decade. If you're curious about what it's like and what you can expect, then I've got all the details for you!

What is the Oregon Shakespeare Festival?

Founded in 1935 by Angus Bowmer, the Oregon Shakespeare Festival puts on high-caliber theatre from April to October every year.

The festival is often simply referred to as OSF. It's a repertory theatre, meaning that they often have multiple shows playing at the same time. With three theatres and productions rotating through them all,  you can easily catch numerous shows on your visit.

Visit the Oregon Shakespeare Festival at any point during the season. You can see performances in either the Angus Bowmer Theatre or their black box theatre, that's called the Thomas Theatre.

During the summer months of the festival, you can catch a show at the outdoor Allen Elizabethan Theatre. The Allen is a wonderful replica of an Elizabethan theatre.

While Shakespeare's name is in the title of the Festival, they do way more than just the Bard's work on stage. Every season, you can catch modern plays, musicals, classics by other well-known playwrights, and even some new works, including world premiers.

In 1983, OSF even won a Tony Award for Best Regional Theatre!

In addition to stage performances, OSF also offers campus tours, prefaces, and post-show discussions. And they even have live stream options for select performances.

Where is the Oregon Shakespeare Festival?

As the name implies, the festival takes place in southern Oregon. The city of Ashland is home to this magnificent festival and buzzes with drama for a big part of the year.

When is the Oregon Shakespeare Festival?

OSF's season runs from April through October. Before Covid, their season started in February. But since they reopened, they've reduced their run time.

Throughout the season, shows overlap each other, so you can see multiple shows in one visit. Summer is their peak season when all three theatres are open.

How much do tickets cost?

As the Oregon Shakespeare Festival is a theatre festival, you have to purchase tickets to any shows you'd like to see. OSF prices the tickets in two ways: Zones and ticket types.

There are three types of tickets: Economy, Standard, or Premium. This is based on when a performance takes place such as the day of the week, time of day, and special occasions like holiday weekends.

Each theater is divided into two Zones for every performance. Zone 1 makes up a little over half of each theatre, and Zone 2 makes up the other half.

Zone 2 is the cheaper of the two zones. So basically, if you're looking for the most budget-friendly tickets, you'll want to book a seat in zone 2 of an "economy" performance.

You can expect to pay between $35-$75 for a ticket to one of OSF's performances.

Where to stay during the Oregon Shakespeare Festival?

If you're headed down to Ashland, you'll need a place to stay after watching an evening performance.

Ashland Commons is a solar-powered hostel located near the festival and within walking distance of downtown Ashland.

For reasonable prices, you can stay in a mixed-gender common room with bunk beds. Or you could spend a little bit more and share a four-bed space with your travel buddies.

There are countless hotels in Ashland. But when the Oregon Shakespeare Festival is in town, they run a steeper price tag.

For a little step up from a hostel, you might consider staying at the Timbers Motel. It's a bit more of a walk to the Festival, but they provide you with a continental breakfast. Plus, you get your very own room!

I stayed there, and it was great!

What to do in Ashland, Oregon

While OSF is the main attraction of Ashland, that doesn't mean there's nothing else to do there!

Being in Southern Oregon, Ashland is near several wineries and vineyards. While you may need a car to get to a few of them, that can be a great activity to pass the time.

I also enjoy walking through Lithia Park, just behind the Allen Elizabethan Theatre. The park is a lot bigger than it appears on first impressions and stretches out into a woodland area.

Here you can admire beautiful Japanese gardens and relax for a while in the serene atmosphere.

If you're in a shopping mood, take a stroll down E Main Street for all theatre and non-theatre-related retail therapy!

Outside of the city center, you can find Mt. Ashland and various hiking trails that meander through the mountainous terrain.

Ashland is located in the Rogue Valley, so you can look down on the city nestled in the valley once you've reached the peak of Mt. Ashland. Because Ashland is close to the California border, on a clear day you may even glimpse Mt. Shasta!

If you're up for a short drive, then a trip to Medford is totally worth it! There you'll find Harry & David's Country Village Store. Take a tour to learn about how this company came to be, and watch the process of coating their delicious fruit and popcorn in chocolate. Be sure to go home with some yummy Moose Munch!

If you're headed to the Oregon Shakespeare Festival, here are a few tips to make sure you have the best time!

My Personal Experience with the Oregon Shakespeare Festival

The Oregon Shakespeare Festival used to be a big part of my summers. My love for OSF started with a school visit in 2008, where we saw three shows: The Music Man, Macbeth, and Death of the King's Horseman.

I remember coming out of Macbeth with a newfound love of the theatre, and that's when annual visits to OSF began. Over the 10+ years of visiting, I saw at least five shows every year and quickly ticked off performances from Shakespeare's canon.

I took part in the Summer Seminar for High School Juniors and got to work with the same actors I loved watching on stage. I looked forward to my visits every year, and I'm sure the Oregon Shakespeare Festival could become a highlight for you too!

Ready to head to the Festival?

Do you see a visit to the Oregon Shakespeare Festival in your future travel plans, or perhaps you'd prefer something like the Hermanus Whale Festival instead? Either way, there's a festival out there for everyone.

Just remember OSF is a great place to experience theatre, but it also takes place in a beautiful part of the US. Spending time in Ashland allows you to get connected to so many outdoor spaces.

Pilot is your brand new trip planner that helps you discover and build travel itineraries connecting you to resources everywhere. Make the planning experience more fun by collaborating with your travel buddies!