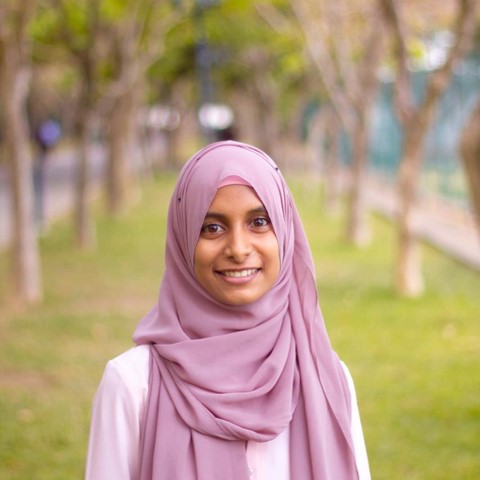 Air tickets take a big chunk out of a traveler’s budget. So, whether you are a thrifty traveler or not, good flight discounts can easily seem like a huge steal. Enter Scotts Cheap Flights: are they the solution to saving big on flights?

Air tickets take a good chunk out of a traveler’s budget. So whether you’re a thrifty traveler or not, good flight discounts are a huge steal that tempt you to keep traveling to new places!

But as cheap airline tickets can sprout from anywhere, you need to search the web regularly for impressive offers that come your way. Yes, that doesn’t sound as interesting as the deals.

Thankfully we have Scott’s Cheap Flights, who are ready to do the hard work and bring massive deals to your inbox.

Scott’s Cheap Flights and other travel deal sites help you sit & relax or do your thing until a good deal pops in for you to pack your bags and run.

But is Scott’s Cheap Flights legitimate? They brag about finding dirt-cheap flight deals for its subscribers, so we wanted to dig in further.

Read our Scotts Cheap Flights review to find out everything you need to know to get the most out of the service!

What is Scott’s Cheap Flights?

Scott’s Cheap Flights is an email subscription service that alerts you of flight deals available to both local and international destinations.

It is owned and run by Scott Keyes, a man who doesn’t rest until he has found a good list of airfare deals for the day.

The service is primarily geared towards people based in the U.S, although there are no location restrictions to use it. At present, they have over 2 million subscribers.

Scotts Cheap Flights consists of a small team that researches and tracks cheap ticket deals every day and then sends them to their subscribers. They scour the web for airline offers, travel-agency promotions and mistake fares.

Of course, deals that come to your inbox are said to be “pre-vetted” to ensure they are legit, useful and worth a small dance maybe?

This question is probably what you’re all curious about: Are Cheap flight fares too good to be true? Are mistake fares really something that you can take advantage of?

Well, the short answer is definitely yes! Scott’s Cheap Flights is legit and has received tons of satisfied customer reviews saying that the website has helped them save money.

It’s important to note that any deals that Scott’s Cheap Flights detects can also be found by customers whenever the flight deal is posted.

How much is Scott’s Cheap Flights?

The free version of Scott’s Cheap Flights doesn’t cost anything and still alerts you to deals for international flights for economy only.

First of all, if you don’t travel regularly or want to test how the service works, we recommend you sign up for a free subscription. You can always check the website frequently for great flight deals even with a free membership!

Their paid services are split into two types: Premium and Elite.

How much is Scott’s Cheap Flights Premium?

The first tier of the paid subscription is the Premium membership. Scott’s Cheap Flights Premium costs $49 per year and you can cancel at any time. You also have the option of signing up for a quarterly or semi-annual fee.

With Scott’s Cheap Flights Premium, you also get alerts about deals for domestic flights in economy plus mistake fares.

How much is Scott’s Cheap Flights Elite?

If you fly regularly and are looking for options other than flying economy, then the Scott’s Cheap Flights Elite membership is for you. These memberships cost $199 per year and offer deals that extend up to business and first-class flights.

If you plan on upgrading to the Elite membership from the Premium, Scott’s Cheap Flights automatically transfers your remaining Premium membership fees into the Elite program so that you won’t have to worry about dealing with customer service to get that transferred over.

How Does Scott Cheap Flights Work?

Wondering just how the process goes from you applying for their services to you getting emails of cheap flight discounts? Here’s how Scott’s Cheap Flights work.

First, Scott’s Cheap Flights team looks for the deals and sends them to you.

All you have to do is sign up and select which airports with flights you want to be notified about. That’s it. They’ll email you the best deals directly but you can log in to their website to check all deals at any time.

Scott’s Cheap Flights Premium members can use their account to check all the recent deals that are still active but free members only have access to a few.

Once Scott’s Cheap Flights team finds really good deals, they compile them into a list with all the necessary information and send them to you and other subscribers daily or weekly. They’ll even specify “mistake fares,” so you can quickly book the flight before the airline realizes their mistake.

What are the main features of Scott’s Cheap Flights?

The main features that’ll we cover in our Scott’s Cheap Flights review revolve around getting notified for flight deals plus some bells & whistles. Here are all the features you’ll need to start your savvy travel habits!

Features of the Free Membership

Features of the Premium Membership

Features of the Elite Membership

‍Scott’s Cheap Flights has a knack for finding massive airfare discounts because deals sent to subscribers usually speak of significant savings ranging from 40%-90% off the original fare. Travel is a luxury for many of us, but services like Scott’s Cheap Flights make plane tickets more affordable.

‍ If you travel frequently, we advise you upgrade to the paid membership as it is very cost-effective, considering the quality of deals you receive. Even if you utilize one deal from the provided suggestions, you should be able to cover your annual subscription fee. It’s that cheap!

‍Most of us deal with busy schedules and don’t have the time to spare for research. Scott’s Cheap Flights finds flight deals for us so that we don’t have to invest our own time and effort. All you have to do is specify the airports and wait for email alerts. The real-time notifications also ensure you don’t miss out on massive deals!

‍At present, the deals are only favorable for people in the US, although we hope they expand the service in the future. With the Premium membership, you can only customize and filter deals based on your departure city and not on the destination.

‍Scott’s Cheap Flights Free membership offers only a small number of deals. Plus its features are very limited considering what’s provided for those with a Premium membership. Even the departure cities cannot be specified.

A significant limitation of Scott’s Cheap Flights is that their coverage only extends to the United States, which leaves the rest of the world hanging. However, they’ve addressed their hopes of returning to the international stage after a post-covid recovery, so fingers crossed!

But in the meantime, what are some alternatives to Scott’s Cheap Flights?

What are people saying about Scott’s Cheap Flights?

A few questions and concerns were voiced with Scott’s Cheap Flights reviews, so let me address them here!

Will they spam my email with bad deals?

When most people hear that Scott’s Cheap Flights offer deals through text/emails, one of their first concerns is the number of spam emails they’ll likely receive every day.

Fortunately, Scott’s Cheap Flights will not send you a deal unless they think it’s actually worth buying! No more of those “slightly cheaper” flights from other flight deals websites. With Scott’s Cheap Flights, you’ll be able to customize these alerts to your liking. Additionally, you’ll be able to change destination cities with their premium memberships! No emails or texts are sent unsolicited.

How do you discontinue Scott’s Cheap Flights services?

What if you won’t be traveling and don’t need Scott’s Cheap Flights sending you emails anymore?

If you’re using the premium Scott’s Cheap Flights subscription and don’t find their deals satisfactory, make sure to email them at support@scottscheapflights.com as soon as possible! Their customer services team will reach out to you shortly to assist you.

Verdict: Is Scott's Cheap Flights worth it?

Overall, through our review of Scott’s Cheap Flights, we believe that the flight deals service is awesome and recommended, especially for travel addicts. If you are in the US, it’s an option to consider for sure. After all, what’s travel without handy tools and services like these?

Even by using Scott’s Cheap Flight’s free version, you’ll have access to a variety of cheap flight deals at your convenience! By saving more money with your flights, you’ll be able to allocate more funds into your budget and give yourself more space to spend more on the things that really matter.

Buy your flights and plan your trip today!

While Scott’s Cheap Flights grant you amazing deals on flight tickets, you’ll need something that can keep your travel plans and documents organized in one place. A travel planner!

Check your email!
Oops! Something went wrong while submitting the form.
join the waitlist
Originally published on:
March 19, 2021

Secret Escapes 2022 Review: Are they too good to be true?