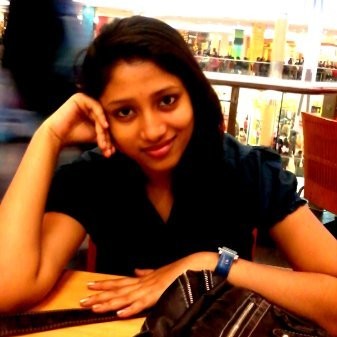 The country shines bright that respects its history. This means that the country that remembers its past sees a better future. The statement makes complete sense when we discuss a travel destination that has actually arisen from the damage and destruction. Yes, we're talking about the Polish capital city, Warsaw. The place that bears the disgraceful history of brazen bloodshed and cold-blooded massacre of Nazi trials has emerged like the Phoenix.

Broken is the new beautiful. If we go by that notion, then the vibrant new avatar of Warsaw is surely a piece of eternal beauty. It left no stone unturned to turn every bit of resistance into every brick of reformation. You shouldn't visit Warsaw to behold the scars from the past but to embrace the new old that it is.

Now that you know Warsaw's history, it'll definitely elevate all the things to do in the city that will seriously drop your jaws.

Is Warsaw Worth Visiting?

Warsaw is among those places that rebuilt itself on the ground of historical facts and evidence. From the 14th century to the brutal Nazi regime, Warsaw has seen it all. In fact, the city survived the blatant acts of destruction during World War II.

Warsaw houses a beautiful architectural contrast that offers a perfect blend of modern and pre-war buildings. For culture enthusiasts, Warsaw provides more than 50 exquisite museums to visit. They include the infamous Copernicus Science Center and the Museum of Modern Art. The city also provides an upscale urban lifestyle with fantastic parks and neighborhoods. And, nothing matches the mouthwatering Polish delicacies.

So, is Warsaw worth visiting? Yes, it indeed is!

The ideal time to visit Warsaw is between June to August. The temperature generally revolves around 110 to 250 Celsius. Therefore, you catch the vibrant summertime delights. You can indulge in a bunch of seasonal activities during these seasons. But if you're on a tighter budget, you can take a trip between December and February (Warsaw's winter). Hotels and flights during the winter offer considerably cheaper deals. But make sure to have appropriate clothes for snow.

What Are the Top Attractions to Visit in Warsaw?

Well, the list is too long to complete. So, we pick the ones that top the chart!

Warsaw uprising museum started its making in 1983 and finally opened on 31st July 2004. Situated in the Wola district, this museum reflects upon the Warsaw uprising in 1944. It opens only on Mondays, Wednesdays, and Fridays between 8 am to 6 pm.

The old town market square remained the heartland of the old Warsaw until it crashed down during the war. Post the war, the houses emerged in the original 17th-century style. Now you can find various cafes and restaurants all over the place.

The royal route is one of the most magnificent places in Warsaw. Also known as Trakt Krolewski, this route connects five different streets. You can easily find various bars and restaurants across the sidewalks.

The Royal Castle served as the residence of the Polish Monarchs between the 16th and 18th centuries. The castle was left looted and completely destroyed during the war but reconstructed during the 1980s. Now, it earned the crown of a World Heritage Site by UNESCO.

5. Palace of Science and Culture

This iconic structure was a gift from Stalin and was initially named the Stalin Palace of Culture and Science. But during the wake of de-Stalinization, the current name came into existence. The building houses several companies, theatres, libraries, and many more.

What Are the Best Outdoor Activities in Warsaw?

Warsaw is one of the most vibrant cities with various cultures and traditions co-existing in perfect harmony. You can easily find yourself attracted to numerous outdoor activities apart from visiting top tourist spots in Warsaw. You can see the Vistula River Beach and spend the day while enjoying the sea.

Do you know about Legia Warszawa? It's a Polish professional football club. They are the most successful club in Poland's history, with numerous trophies they earned through the years. You can catch them live playing in Warsaw. You can also take one of those cultural tours, bike tours, or boat tours around Warsaw.

But the confusion remains for the kids. What are the most popular things to do in Warsaw with kids? Well, Warsaw Zoological Garden has hordes of animals and birds to catch up with the kids.

Best Neighborhoods to Stay in Warsaw

The following are the best neighborhoods to stay-in in Warsaw.

The old town is not very commonplace for visitors because of the lack of hotels. Most of the accommodations are mainly for apartments. Hence, you'll have a peaceful stay here.

From restaurants to tourist attractions, the downtown north is an ideal place to stay. You can easily find a plethora of hotels, from budget-friendly to 5-star ones.

This part of the city houses some of the best cafes in the town. There are also great places to visit like Lazienki Palace.

Warsaw's new town can serve as an alternative if you can't find it in the Old-town. However, the biggest drawback of this place is the lack of public transport.

Is Warsaw or Krakow Better?

Warsaw has seen itself getting destroyed in World War II and also witnessed the atrocities of the Nazi regime. Krakow, on the other hand, is much more historically preserved. So, you can catch the country's tumultuous past through Krakow's architecture. If you're into history, you can visit the infamous Plaszow concentration camp in Krakow.

Well, coming out from history, Warsaw is larger and much more cosmopolitan than Krakow. Even though Krakow is known to attract international tourists, but business people and students prefer Warsaw for more opportunities. Warsaw is also full of Skyscrapers and offers a faster-paced lifestyle than Krakow.

When it comes to nightlife, both Krakow and Warsaw cater to different set of audiences. Krakow is known for old smoky stellar bars, and Warsaw is a big city, thus alludes to many tastes. Both cities offer classic Polish walk-in bars, where you can order a drink for a euro and bite for two. But Krakow slightly edges since it attracts most tourists for its bars, pubs, and clubs.

Plan on the Trip to Warsaw

Warsaw, the capital of Poland, is a gorgeous piece of art, heritage, and history. The coexistence of the old-world charm and the new-age upscale lifestyle is beyond commendable.

So, add Warsaw to your travel bucket list and leave the planning part on Pilot. Our social travel planner app will handle all your travel needs to make it a memory of a lifetime.

Check your email!
Oops! Something went wrong while submitting the form.
join the waitlist
Originally published on:
May 25, 2021

7 Top things to do in Ireland: Itinerary for the full Irish experience!